A long, long time ago, in a country far away, I was sweating. I was in Ontario, it was Autumn, it was hot, and I’d just finished work for the morning on a barn build on the Fletchwitz farm in the middle of nowhere, with owners Simon and Talia. 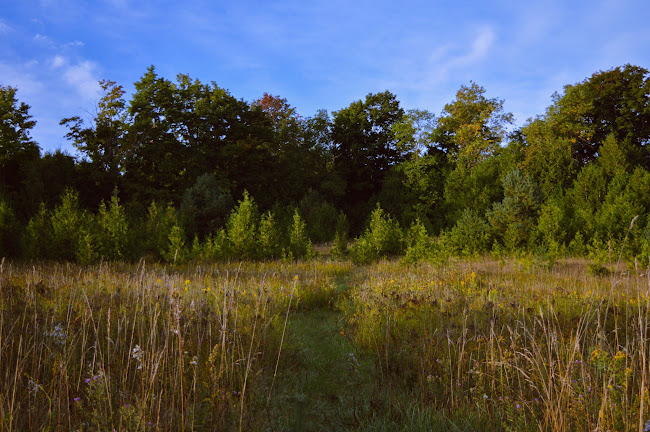 Path to my cabin

I’d trudged back deep into the woods from their house to my wee log cabin and was eyeing up the private pond I had yet to venture into. Now was as good a time as any, right? The reason I’d stalled with the pond is that, shamefully, honestly, and despite being Scottish… I hate cold water.
It’s overrated. It’s horrible. I can’t abide it and I hate it and I won’t go in it. I hate that it makes your heart jump to 1000bpm, I hate the stabs of icey cold pain, I hate that every time I go deeper I feel like my lungs are gonna either explode or collapse.

But there I was, on the adventure of a lifetime, dripping with sweat, in the surpringly baking Canadian heat, with a private pond at my doorstep and not another human for half a mile. So… now was as good a time as any, right? I sighed, grabbed a towel and got changed on the little broken dock, leaving my clothes and phone on the little plastic seat, stepped on to the separate floating pier, and using an oar, pushed myself out into the middle of the pond.
You see, I’d had the foresight to know that, if I walked in from the edge, or climbed down the ladder, I’d never make it all the way in. I’d tested the water tentatively my first day there and had been surprised not to see icebergs floating across it. So, the floating pier it was.

I got myself to the middle and looked down. Credit to the pond, it was spotlessly clean and clear – if ponds had adverts, it could have been a model. And looking down through this crystal clear lake of death, I had the uneasy feeling that the bottom did not look very far away. Now, if mistake 1 was deciding to go into the damn pond in the first place, and mistake 2 was deciding to jump into the stupid thing, mistake 3 was concluding It’s fine – I’ll just break my fall with my arms, so that I don’t hit the ground too hard. Genius.

So I figuratively buckled up, literally took a deep breath, and jumped. 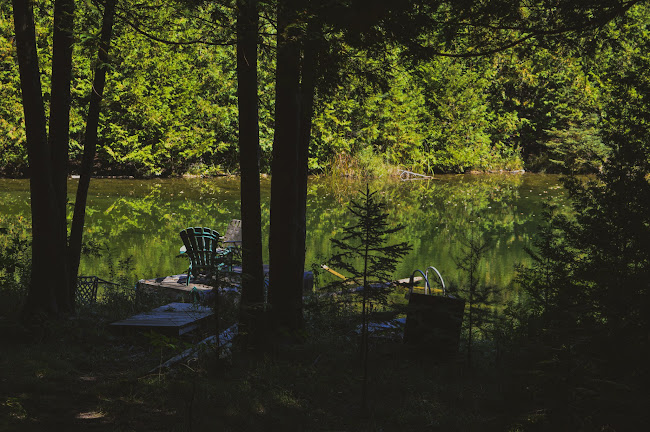 Let’s freeze frame right there, and momentarily leave our young hero levitating over this icey Canadian death pit and rewind, almost a full year, back across the Atlantic.

I was in Edinburgh, playing football on slightly wet grass, and wearing shoes definitely not suited for football. I’d gone about an hour without falling, but I went in for a tackle on someone with much better skills – and shoes – than I had. They turned sharply, and although most of me tried to stop and turn, my shoes, alas, did not, opting instead to slip across the grass, leaving me trying to… break my fall… with my arms… so I didn’t hit the ground too hard.

I landed with what is commonly and (I can now confirm) appropriately described as a ‘sickening crunch’, as my shoulder dislocated itself from its rightful home. The pain was horrible, and I relocated it myself eventually after many painful and failed attempts, but the main point here is this: the re-dislocation rate for shoulders is something like 50%
So bearing all of this in mind, let’s fast forward again and rejoin our hero still floating in mid-air.

As I’d hit the water, my arm had been slapped upwards in a way the highly-weakened socket did not like in the slightest, and the joint had shrugged itself loose. Whole body screaming, I kicked back up to the surface to review the situation.
– I was barely able to breathe
– I was freezing cold and shivering
– I was in considerable pain
– I was trying to stay afloat in an in fact deceptively deep Canadian pond with my shoulder literally hanging off of my body
– Land was not a distance away you can reasonably expect someone with a dislocated shoulder to swim (FYI, a reasonable distance in this situation would be 0 metres)
– I was the only human for half a mile
– I was approximately one Atlantic away from everyone who would care enough to come to my impending funeral
– I was completely naked.

From this I swiftly concluded that things were indeed ‘bad’.

Fueled purely by the potential humiliation of being found naked and drowned in a Canadian pond that at first glance appears to be really quite shallow, I powered pathetically for the little dock at the edge of the pond with just one hand, wallowing in self-pity, severe pain and shame, and most of all trying not to pass out.

I made it eventually to the ladder on the dock, and started climbing, naïvely believing myself to be nearly home and dry. But I was not. In fact, both literally and metaphorically, I was in Canada and wet. And as I clambered onto this wooden rickety dock I had the vague recollection of being warned on my first day that it was ‘unsafe’ and ‘very unstable’. This recollection happened around the same time the dock started to turn alarmingly underneath my weight.

This was bad and I was concerned, but then I looked up the dock and my heart stopped. Yes, the entire dock was twisting slowly, one edge lowering into the water, but I was not the only thing on it. At the top of the dock was the chair. With my clothes…

ABOOOORT! my brain screeched, ABORTABORTABORT. Truly, the milennial was strong within me. Shoulder still horribly floppy, deformed and useless, I backtracked violently, hoping to re-pitch the dock before my phone became the accursed pond’s next victim. It’s a testament to my state of mind that I barely even felt the cold of the water as I clambered back into it. 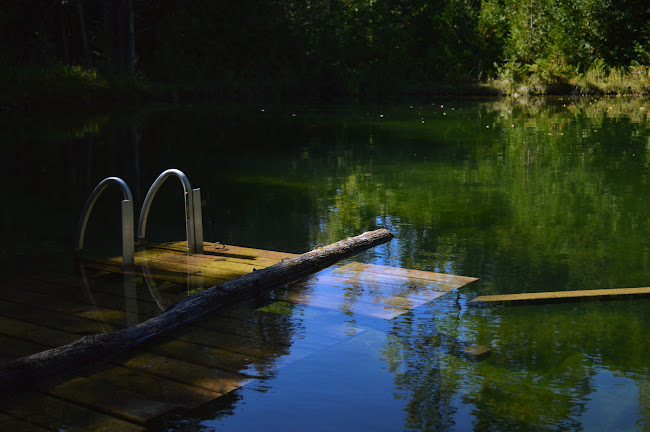 But it worked. The dock righted itself, and clothes and phone remained dry. I was bizarrely proud of myself; still shivering, trying not to pass out from pain, with an arm hanging like a sock of sand, back in the water and still utterly naked. Truly, I’d shown the devil-pond who was boss.

Fortunately for me, the edges of the pond were shallow and I was able to crawl out of the water, neither me nor my dignity in one piece.

Still dripping wet and only barely breathing, I set about relocating my shoulder, and it sank back into place with a loud, gristly shkloop that felt exactly as good as you might think. I think my vision actually blurred as I did it.

I gathered my thoughts first, and then my clothes, and then, since noone else was around to do so, quietly, I congratuled myself on what a brave boy I’d been.

Here ends this part of the tale, although our hero would go on to dislocate his shoulder a further three times in the following two months – but those are stories for another time.